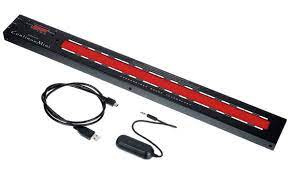 The ContinuuMini is available now!

Dr. Lippold Haken started development over 35 years ago on what was to become the modern Continuum Fingerboard. Today, the Continuum has established itself as the premier multidimensional controller surface ever designed. It has been in the vanguard for expressive control ever since it’s inception as a commercial product at the beginning of this century. Many varied artists from around the world have discovered the beautiful experience that the Continuum can deliver: an amazing acoustic-like experience that really opens the door for countless types of outstanding musical expression.

Besides being a versatile controller with the ability to connect to the external world via Midi and analog control voltage, the Continuum excels as a complete musical instrument, thanks to it’s internal sound engine, the EaganMatrix. The EaganMatrix is the brainchild of Canadian sound designer and Continuum performer Edmund Eagan.

The EaganMatrix creates an exceptional connection between playing surface and sound engine. It’s novel matrix design and deep modulation structure allows for unprecedented integration with the Continuum playing surface. These two major components come together to form the most expressive digital musical instrument ever made. 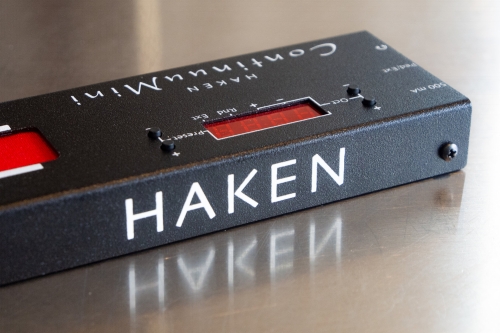 Now a similar playing experience is available in a new compact affordable package, the ContinuuMini. The ContinuuMini has exactly the same sound engine as the full-sized Continuum Fingerboard, delivering the same level of sound quality that Continuum owners have come to enjoy. 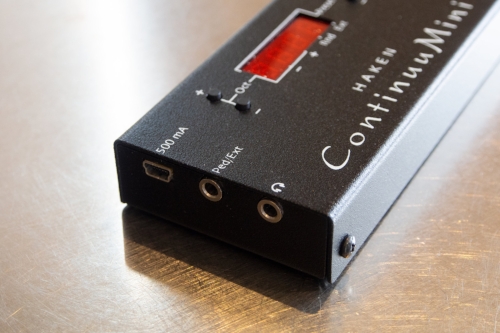 The playing surface of the ContinuuMini has been designed to translate finger movement from one or two fingers at a time into beautiful musical expression. While based on similar design philosophies as the Continuum Fingerboard, the ContinuuMini is not just a smaller version of a big Continuum — the ContinuuMini has it’s own unique playing experience. The Mini’s playing surface can respond to incredible light touch, which leverages an underused aspect of human control, the ability of the hand to deliver delicate light touch finger input. Lighter than playing a piano, or strumming a guitar, or even lighter than the action of modern Midi keyboard controllers.

Nuances of finger movement are captured and translated into sound through interaction with this highly-optimized playing surface. And complete control of the fully programmable EaganMatrix sound engine opens up a world of sonic possibilities.

Due to it’s robust bidirectional implementation of MPE and MPE+, the ContinuuMini can control external synths or be played by external Midi controllers.

The pedal input can be used as a continuous sustain pedal input, for dynamic sustain or a variety of other uses within the EaganMatrix. 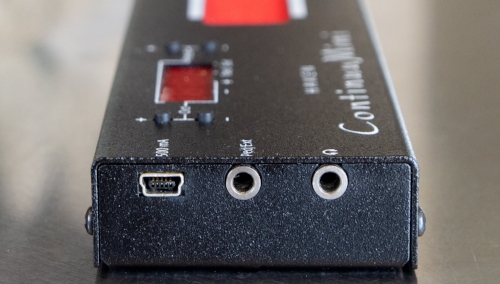 The pedal input can also function as a bidirectional serial port. Currently this communicates with control voltage convertors, like Haken Audio’s CVC or Evaton Technologies microCVC, useful for interfacing with analog modular systems. We’re excited about the possibilities of future uses for this port, further harnessing the EaganMatrix engine in new and novel ways. 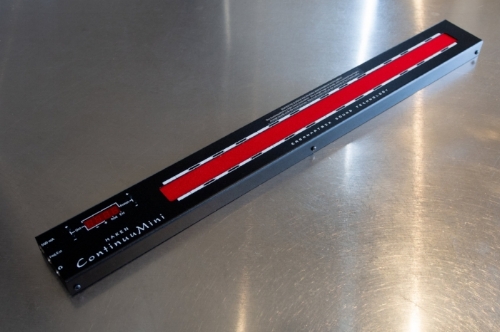 We are very proud of how we have been able to leverage our decades of hardware and software expertise into the ContinuuMini. The ContinuumMini fulfills a need for a small portable musical instrument that is intimate and expressive.