XOR Electronics is a dutch one man company founded by Thomas Margolf and specialized in electronics music instruments.

Thomas is a german electronics engineer and busy with making electronic music (mostly chipstyle) and Synthesizer DIYing since the 90’s. He developed several DIY projects which were built by many people around the world but there was always the idea to develope a ‘big’ synthesizer. Eventually he decided to finish all ‘open’ projects and started with the basic ideas for his synth in 2014, called the Nerdsynth.

With fast success the project started to grow and got more and more features which were not planned in the first place. The result is a complete groovebox/synthesizer/sequencer based on a tracker user interface. In 2016 the idea of a eurorack module, based on the Nerdsynth came up and the development of the NerdSEQ started. 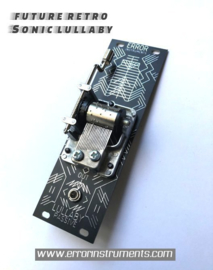