Wobbler is a modulation source in Eurorack format that adds controlled chaos to your sound. Our Wobbler has five shapes, two of which are based on physical modelling. Wobbler also gives you direct visual feedback on your CV output. You can see it WOBBLE.

A classical music instrument always contains some natural chaos giving depth to its’ sound. In synthesized sound usually you have to make a choice between being in complete control of a flat sound or allowing randomness to run wild and give it character. We have used fresh takes on classical LFO generation and physical modelling as a modulation source so that Wobbler can give you the best of both worlds – naturally occurring chaos that you can control.

Wobbler has multiple features to control your oscillations:

• With the SHAPE knob you select between five shapes
o Basic LFO
o Self-phased LFO
o Twang
o Double pendulum
o Sample-and-hold
• The MOD knob controls shape specific modulation
• The big FREQUENCY knob changes the speed at which it oscillates
• The SYNC input will change the FREQUENCY knob into a sub-divider of the incoming tempo
• The PHASE knob controls the phase difference between the two outputs
• SHAPE, FREQUENCY, PHASE and MOD all have CV inputs
• The TRIGGER button can reset the phase of the LFO or restart the algorithm depending on your SHAPE selection
• Both outputs have a knob to alter or invert the amplitude of the signal
• Both outputs also have their own trigger output – sending a trigger at the start of each new phase
• The two LED arrays show you the generated CV levels of each output

Our Wobbler was designed to go on stage as well as being a staple in the studio. 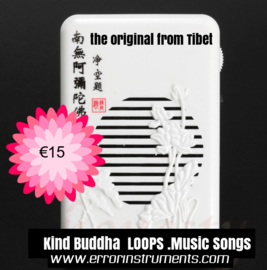